Pantheon / Beasts and Fauna
aka: Beast

Connected to the House of Nature, the House of Beasts and Fauna is a massive wilderness made up of every major ecosystem and environment imaginable, not only from Earth's past and present but also from worlds far beyond. It is also home to a variety of organisms great and small; living, extinct and mythical (and disputed). From the smallest insect to the largest dinosaur, and everything in between. The House of Beasts and Fauna is overseen by "The Beasthood" consisting of Io, Bahamut, Tiamat, Kroq-Gar, Grymloq and Rexxar. They maintain the peace, but allow the creatures within to go about their daily business. After all, nature cannot be controlled.

This House is, for the most part, untouched wilderness with a few small settlements scattered across the different habitats found within - usually close to the temples. But you may hear some people call it a zoo without cages. The reason for it? The main gateway to the House is a large zoo, known by most as the Central Zoological Garden. It is around 1,800 acres in size and showcases a variety of species found throughout the worlds*. This region serves as both an introduction to the House in general but to the conservation efforts that have been underway. But most tend to forget its third purpose; acting as a gateway into the wild. Visitors can travel to whatever region in both the House of Beast and Nature. But it is a dangerous place to traverse. Luckily, many of the Nature gods come to visit this House and will sometimes come and keep an eye on travellers. Normally, they act as the guardians of this place but the collective inhabitants are more than capable of taking care of themselves. Especially the cute ones. Mere mortals and deities wishing to not suffer embarrassing injury or fatalities are encouraged to find a tour guide. Steve Irwin leads daily expeditions into the wilderness, with David Attenborough sometimes joining in when he's not doing documentary work. Rexxar keeps things in some semblance of order, but then again, nature doesn't abide by human order.

In the past, there was severe poaching in the House resulting in strict protection measures being put into place. This also resulted in several deities being banned from the House due to either poaching or harming animals in general. Pokemon Hunter J, Cruella De Vil, and Saxton Hale are among the few permanently denied entry. Others, like the Monster Hunters and The Dovahkiin are allowed to take down particularly dangerous beasts and preserve the peace. Still, the House of Dragons doesn't take lightly to their presence.

Not every God or Goddess here is bestial in nature, though. There are some humanoid Gods and Goddesses residing here. Hey, someone's got to take care of the beasts after all. Their temples are located in the settlements scattered across the house, allowing them the chance to interact with the locals and help them out with whatever they need.

The Six Guards of the House of Beasts
Io, Bahamut, and Tiamat
Io, Bahamut, and Tiamat, Divine Triumvirate of Dragons (Io: The Ninefold Dragon, the Concordant Dragon, the Great Eternal Wheel, Swallower of Shades, Creator of Dragonkind, World-Shaper, Sire of All Creation, Asgorath | Bahamut: The Platinum Dragon, King of the Good Dragons, Grandfather of Dragons, Lord of the North Wind, the Dragon King, Justicemaker, Draco Paladin, Xymor, Marduk the Justice Bringer, Paladine, Apsu | Tiamat: The Chromatic Dragon, Creator of Evil Dragonkind, the Avaricious, the Dragon Queen, Nemesis of the Gods, the Dark Lady, Queen of Chaos, the Undying Queen, Bane of Bahamut, the Primeval Mother, Takhisis, Lotan) 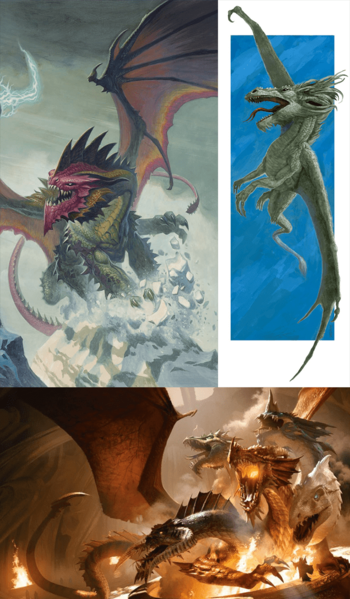 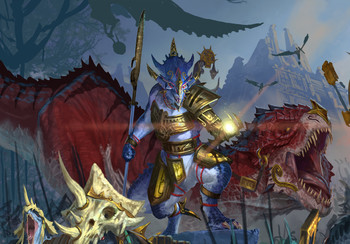 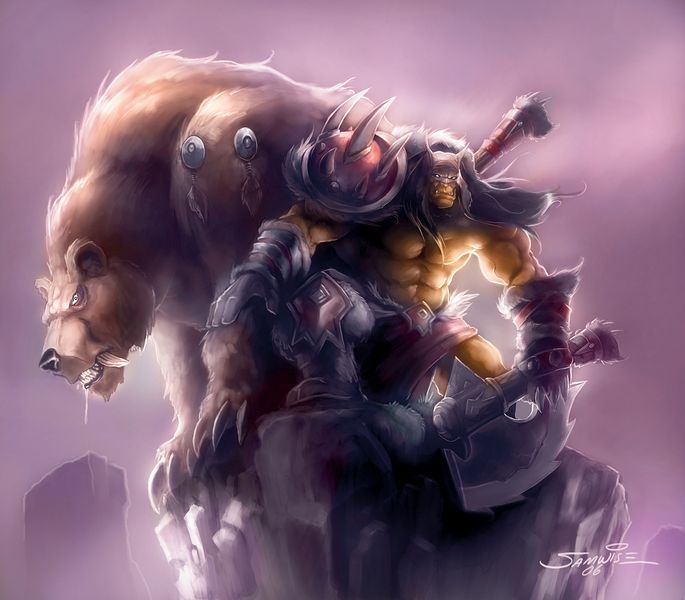 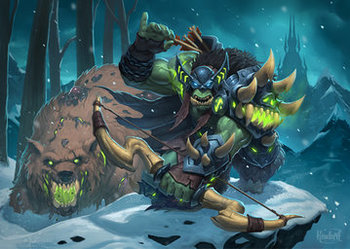 There are around 700 species represented in the Central Zoological Garden. Here are just a few examples.