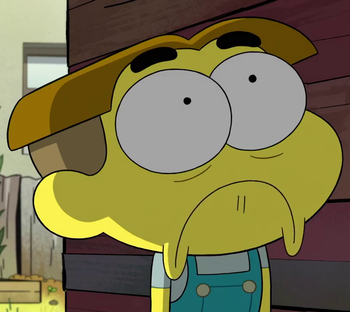 Big City Greens has a huge share of moments when the characters realize they're totally screwed, at least once nonetheless.