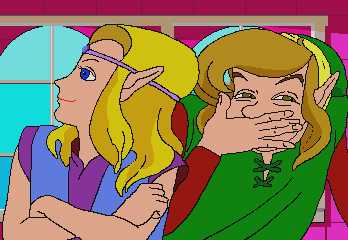 "Squadalah! We're Off-Model!"
"I love being able to go frame-by-frame through animations, because you never know when you find shit like Harken stretching to about double his height

When you have a lot of artists, coders, developers, and publishers working on one project, you think they'd make sure to iron anything out, right? Wrong.