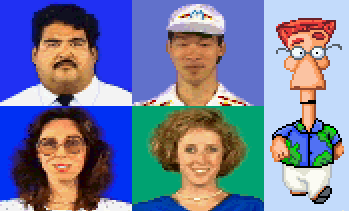 In a world of 1990s digitised actors, Jones the cartoon character sticks out.