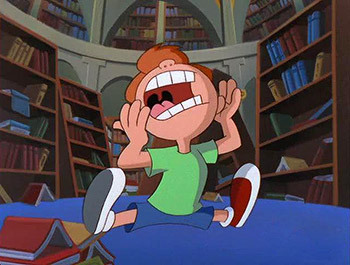 Meet Loud Kiddington. The "loud" in his name isn't an adjective. Loud is his name.