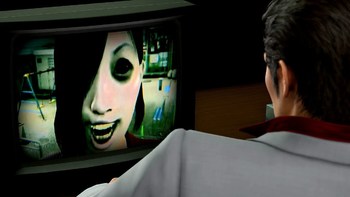 Despite being known for being chock full of badass moments and lightheartedness, the Yakuza series also likes to remind you that you're dealing with Japan's own criminal underworld, regardless of liberties taken. And as the page picture shows, ruthless gangsters aren't the worst things stalking Kamurocho...