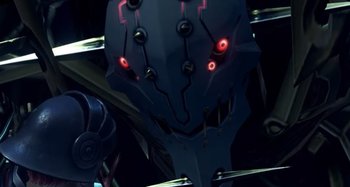 Note this is nothing compared to what's next.
Much like its predecessors, Xenoblade just loves to pile on the content that makes its T rating seem like maybe the ratings board wasn't really paying attention...

All spoilers are unmarked, proceed with caution.