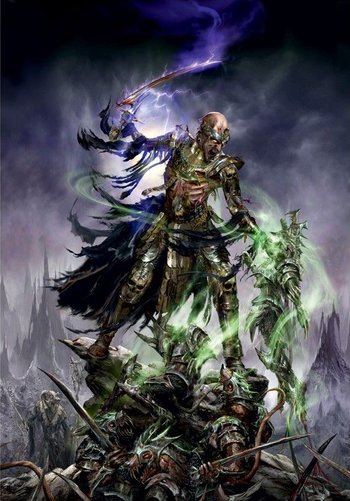 See the fate of all flesh and know despair!
open/close all folders

The Forces of Chaos

General
Chaos is just as horrific as it is in 40K, and in some ways, possibly even more.
Chaos Gods and Daemons
Warriors of Chaos
Beastmen
Chaos Dwarfs