Nightmare Fuel / War of the Worlds 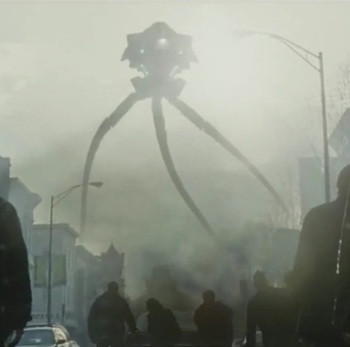 Ever wonder what an ant goes through under a magnifying glass? These people are about to find out.