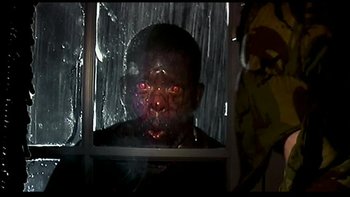 "It started off as rioting. But right from the beginning you knew this was different, because it was happening in small villages, market towns... and then it wasn't on TV anymore. It was on the street outside. It was coming through your windows. It was a virus, an infection. You didn't need a doctor to tell you that. It was the blood, or something in the blood. By the time they tried to evacuate the cities, it was already too late. The infection was everywhere. The army blockades were overrun, and that's when the exodus started. The day before the TV and radio stopped broadcasting, there were reports of infection in Paris and New York. You didn't hear anything more after that."