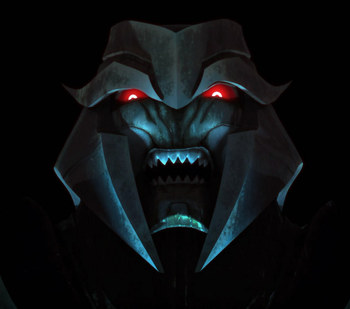 "I'm out... or should I say, in? HAHAHAHAHAHA!"
Advertisement:

In three seasons, Transformers: Prime proved itself to be one of the darkest incarnations of Transformers.

Warning! In accordance with Wiki policy, all spoilers will be unmarked.

Out of His Head

One Shall Rise 3-Parter

Out of the Past