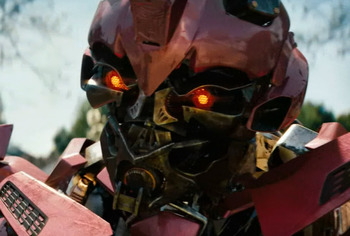 Is your daddy home?
Advertisement:

This movie may have more Nightmare Fuel than any other in the franchise.