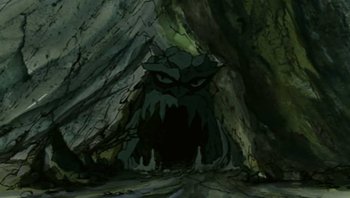 The Cave of the Beast