Nightmare Fuel / The Transformers: The Movie 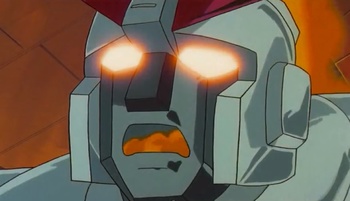 "It's a pity you Autobots die so easily. Or I might have some sense of satisfaction!"
Advertisement:

Nightmare Fuel in The Transformers: The Movie.