Nightmare Fuel / The Secret of Kells 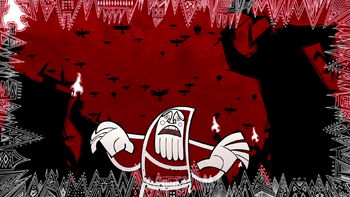 "When they come, all we can do is run and hope that we are fast enough."