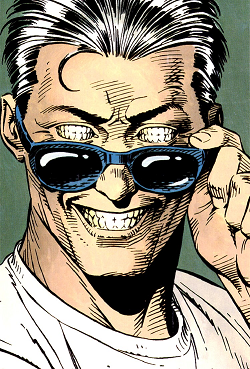 He is literally your worst nightmare.
The Sandman has a lot of deliberate nightmare fuel. Several of its characters are nightmares, and several stories are set in nightmares - and the bits involving real people in the real world can be even worse.

While The Sandman is Lighter and Softer compared to Uri's other games, it still has some pretty unnerving moments.