Nightmare Fuel / The Prince of Egypt 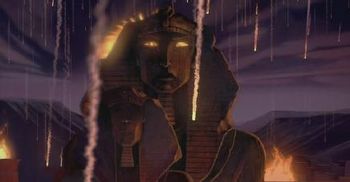 "I send the thunder from the sky, I send the fire raining down ... I send a hail of burning ice, on every field, on every town..."