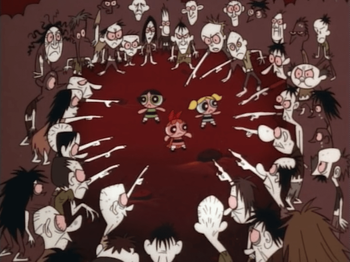 So once again, the audience has been sleepless, thanks to... The Powerpuff Girls.