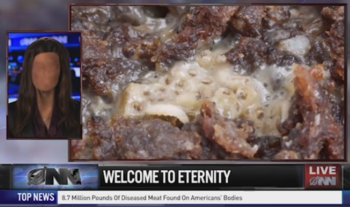 NEXT UP: THIS IS HELL, AND YOU ARE THE DEVIL.
Advertisement:

Really, some articles go a little further than you'd expect.