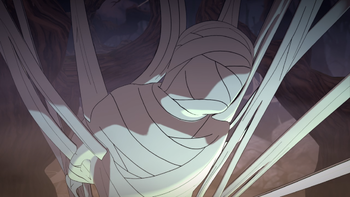 Taking place in a fantasy setting with magic, there's going to be plenty of creepy things ahead.