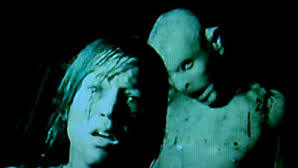 It's Behind You.
Advertisement:

After seeing this movie, you'll never be more grateful to be above ground.