The Dark Crystal is the brainchild of Jim Henson, but it can be spooky and gross enough to not fit in the same breath as The Muppet Show and Sesame Street. According to Frank Oz, Henson's intention was to get back to the darkness of the original Grimms Brothers' fairy tales, as he believed that it was "unhealthy for children to never be afraid".

For The Dark Crystal: Age of Resistance, see here. 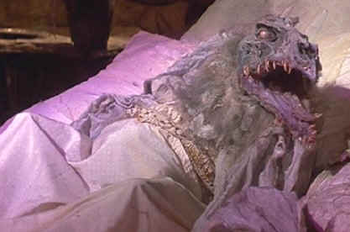