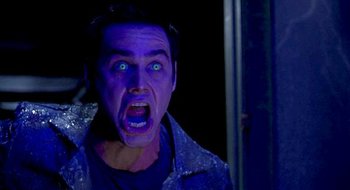 I JUST WANNA HANG OUT! NO BIG DEAL!
Advertisement: