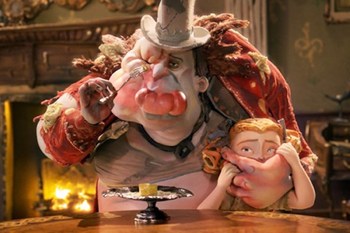 Someone's got the Cheese Fits again.
This is probably one of Laika's darkest films: