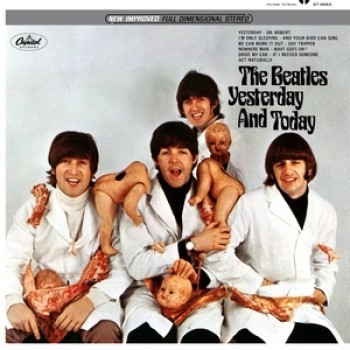 Wait, this is about The Beatles right? There's no way they can be scary, right? Wrong.

The Beatles used the Last Note Nightmare trope so often that examples now have their own page.