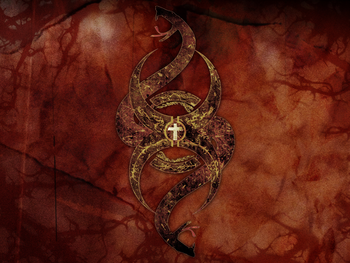 "Whoso sheddeth man's blood, by man shall his blood be shed; for in the image of God made He man."

What else are you supposed to expect from a game made in the same vein as Saya no Uta?