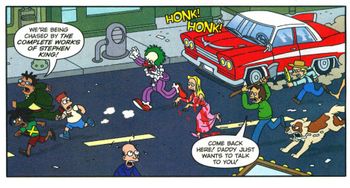 Stephen King made a career out of producing Nightmare Fuel, which has made him one of the most prolific horror authors of all time.

Spoilers Off applies to all moments pages, including this one. Proceed with caution.