Nightmare Fuel / Star vs. the Forces of Evil 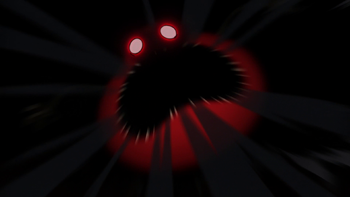 While this show has colorful and wacky visuals and an absolutely adorable cast of characters, it can also segue right into horrifying then right back to being sunshine and flaming rainbows... and sometimes it just doesn't change back.

Spoilers Off applies to Nightmare Fuel pages. All spoilers are unmarked. You Have Been Warned!

open/close all folders
General
Season One

Party with a Pony

Ludo in the Wild

Gift of the Card

Spider with a Top Hat

Curse of the Blood Moon

The Monster and the Queen

The Tavern at the End of the Multiverse

The Magic Book of Spells