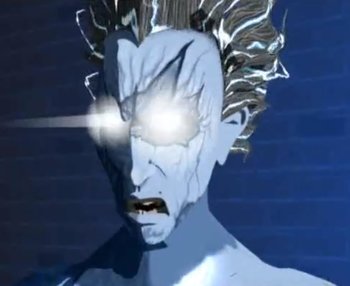 He's not your average Electro!
As short-lived and overlooked as the series was, the show was notably much darker than the other Spider-Man featured animated series due to having a more mature rating and having an allowance of more violence and direct death in the show, shedding light on many nightmarish scenarios.