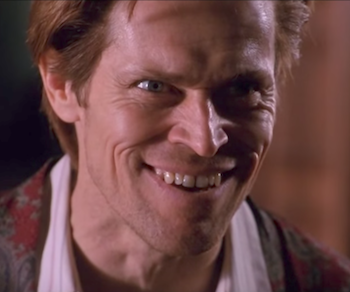 "Yes, he's wearin' that dumb Power Rangers mask/But he's scarier without it on."

Super Soldier: You're dead. You just don't know it.