Smile Sisters Duology | Drama | Ghosts
Even for graphic memoirs, Smile and Sisters can have some pretty unnerving moments, even if they're pretty lighthearted.

Don't say we didn't warn you! 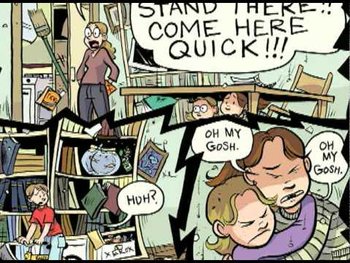 From a Dramedy about adolescent awkwardness to a life or death earthquake in literally just a panel.