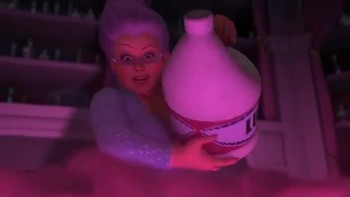 "And just a hint of... lust."
Advertisement:

Despite its Lighter and Softer nature than the first movie, Shrek 2 is still bound for Nightmare Fuel nonetheless.

Reminder, all spoilers are off for Moment pages.