Nightmare Fuel / Shaun of the Dead 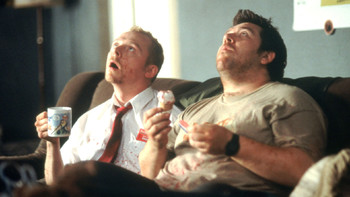 They just realized a zombie's upstairs.

Spoilers below. Oh, and you've got red on you.