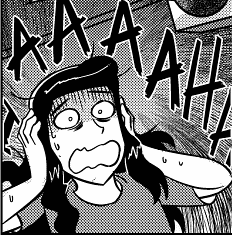 Sometimes, being the center of attention isn't always a good thing.