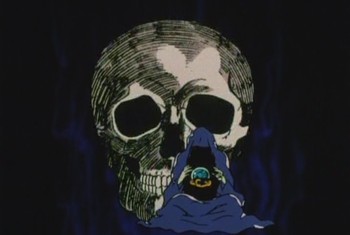 And this is his true form.
Advertisement:

Sailor Moon may be a series about girls with magical planetary powers, but that doesn't stop some pretty disturbing things from popping up.

In the name of the moon, spoilers below!