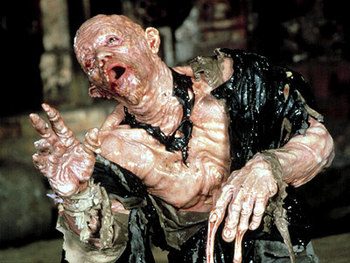 RoboCop was one of the few films to almost be given an X rating solely off of the violence alone. There's a reason for that.