Nightmare Fuel / Record of Ragnarok
aka: Shuumatsu No Walkure Record Of Ragnarok 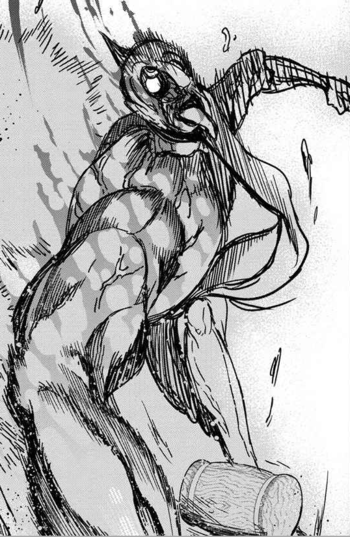 Behold, the God Father of Cosmos.
Mythology has always being the source of a lot of scary stuff, and this work is not an exception, having its fair share of terrifying moments:
Advertisement: