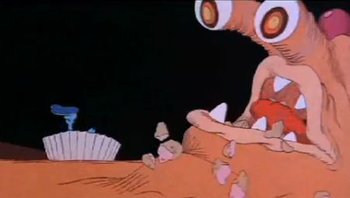 "I'm never satisfied or happy inside."