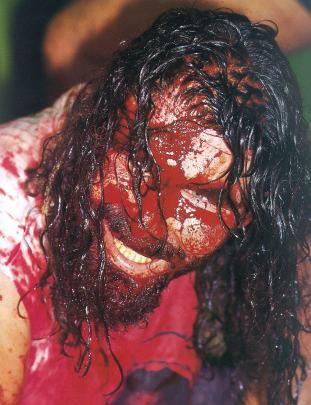 We should probably note that he has bled EVEN MORE than this at times!
Advertisement:

Yes, even the so-called "soap opera for men" is capable of scaring the living daylights out of fans, as evidenced by these examples: