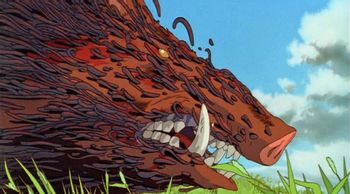 Princess Mononoke is extremely intense and was not intended for children. Unfortunately, it does get watched by viewers much younger than its target demographic.