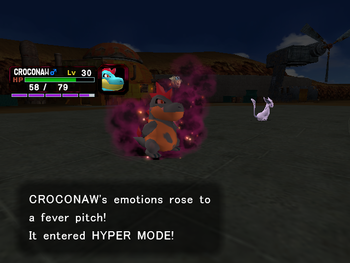 "Pokemon aren't meant to fight. Not like this."
With its barren landscapes, gang-riddled towns and malicious organizations, Gothamesque Orre predates Sinnohnote  and by extension Unova, Kalos, Alola and Galar as the series' first dedicated Nightmare Fuel Refinery, and is still one of the biggest. Get your Cresselia ready before you start reading; you're going to need it.
Advertisement:

NOTE: This page contains Nightmare Fuel from both Pokémon Colosseum AND Pokémon XD: Gale of Darkness.