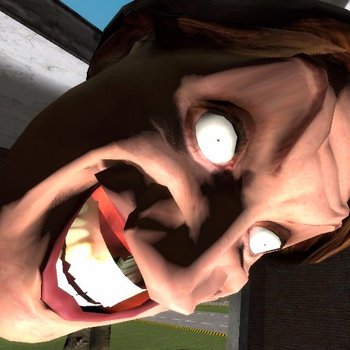 And this is just his profile picture...

Pamtri. Deranged Animation? Check. Character designs that were ripped straight out of the Uncanny Valley? Check. A murderous eldritch madman who goes around shooting people because he's addicted to it? Checkeroo. Sounds like wholesome family entertainment, doesn't it?