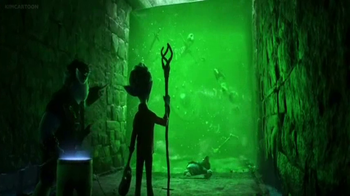 The Cube is square...the shape of EVIL!
Advertisement: