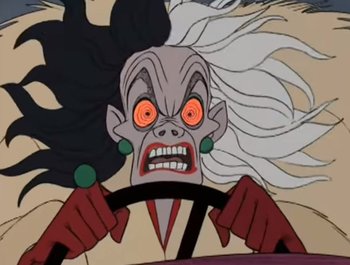 If she doesn't scare you, no evil thing will...!
Considering the whole conflict of the movie is a twisted hag who wants to kill a bunch of dalmatian puppies to make coats out of their hides, you can be certain it has Nightmare Fuel aplenty.