Nightmare Fuel / One Flew Over the Cuckoo's Nest 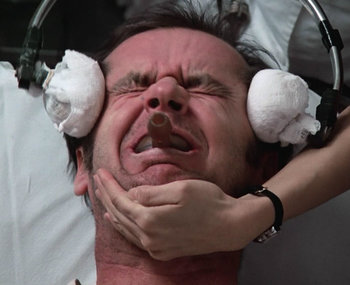 Randle is given electroshock therapy.