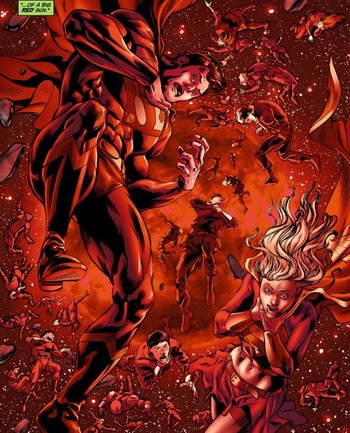 A scene that will take your breath away!
The whole notion of war between the remains of the dwindling race of Kryptonians and the Earth is pretty terrifying considering it's already known how powerful one Kryptonian can be by viewing Superman. The whole event presents various genocidal nightmares that turns out to be pretty traumatic for the Man of Steel
Advertisement: