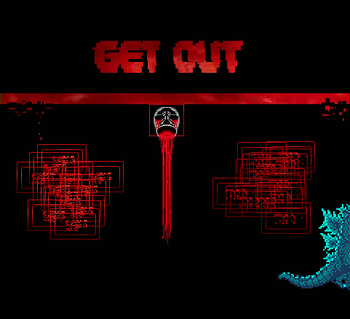 Though fortunately most of the characters are actually allies of the player rather than his enemies contrary to what you might expect from a Creepypasta and adopting a more Rousseau Was Right mindset than most other Creepypastas, Godzilla NES Creepypasta is still no less horrifying.