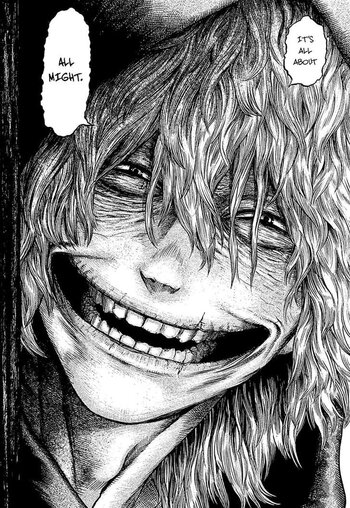 Let's put a smile on that face of yours...
While this series has an overall upbeat and positive atmosphere, not only it isn't afraid to explore some of the more unnerving consequences and circumstances of a world that suddenly developed superpowers over night, not unlike Watchmen, but that there are also plenty of deranged criminals with powers that are creepy enough to probably keep you up at night...
Advertisement:

As per Nightmare Fuel policy, all spoilers are unmarked!

Works with their own Nightmare Fuel pages: