As a Nightmare Fuel page, all spoilers are unmarked as per wiki policy. You Have Been Warned! 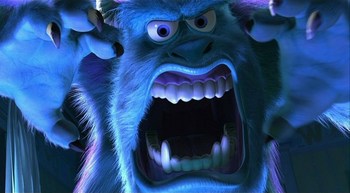 Monsters, Inc. is a movie about collecting literal Nightmare Fuel. What'd you expect?