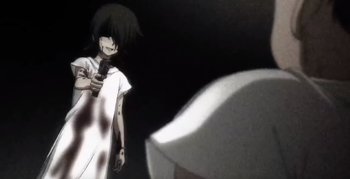 "You came here to kill! You're killing people because it's your job? At least pull the trigger with your own emotions! Pull it for yourself and do it without mercy!"
In two seasons, Gundam 00 proved itself to be one of the darkest incarnations of Gundam.
Advertisement:
General
Season 1
Season 2